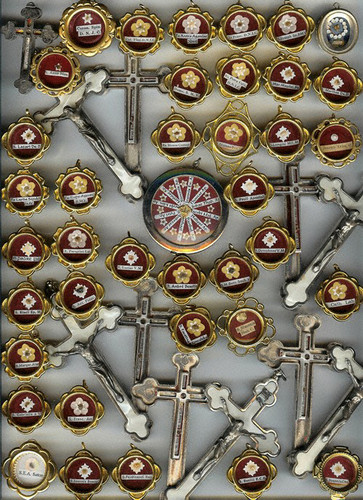 10-day , Blessed, Votive "Sanctuary Candle" (51% pure beeswax) lit before the 62 Most Important Saints' Sacred First Class Relics for all of your intentions! Candle Card sent to you.

Have a 10-day Blessed, Votive "Sanctuary Candle" Lit for your personal petitions before 62 of the most Sacred First-Class Relics which are located at Mary's Way to Jesus Apostolate!  For your contribution for a 10-day Votive Candle lit before the 62 of the most Sacred First Class Relics you will also receive a beautiful 5" x 7" Votive Candle Card with a picture of all 62 Relics on it.

Note: FIRST CLASS RELICS ARE NOT FOR SALE

Below are 62 Relics of the most important Saints in the Catholic Church, which are all at Mary's Way to Jesus Apostolate in New Jersey.

We touch all of our religious articles to these 62 most Sacred First Class Relics, making our touched products all Third Class Relics for you!! 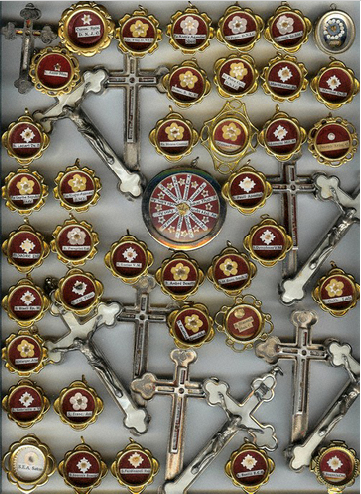 All of these 125 extremely precious Sacred First-Class Relics were specially given to Mary's Way to Jesus Apostolate through a series of trips to Rome (1997-1999) from the Augustinian nuns at the LIPSANONTHECA or THE OFFICAL RELIC DEPOSITORY OF THE DIOCESE OF ROME, and are very reverently kept at Mary's Way to Jesus Apostolate in New Jersey.  The Lipsanontheca holds a collection of over 2,000 Sacred First Class Relics of Saints, and it supplies relics to Catholic Churches and religious institutions throughout the world. In order to be given these precious relics, four letters of recommendation and commendation had to be written by four Archbishops and Bishops about Francis, the Director of Mary's Way to Jesus Apostolate, and his vitally important work to the Catholic Church and Catholic Communities. 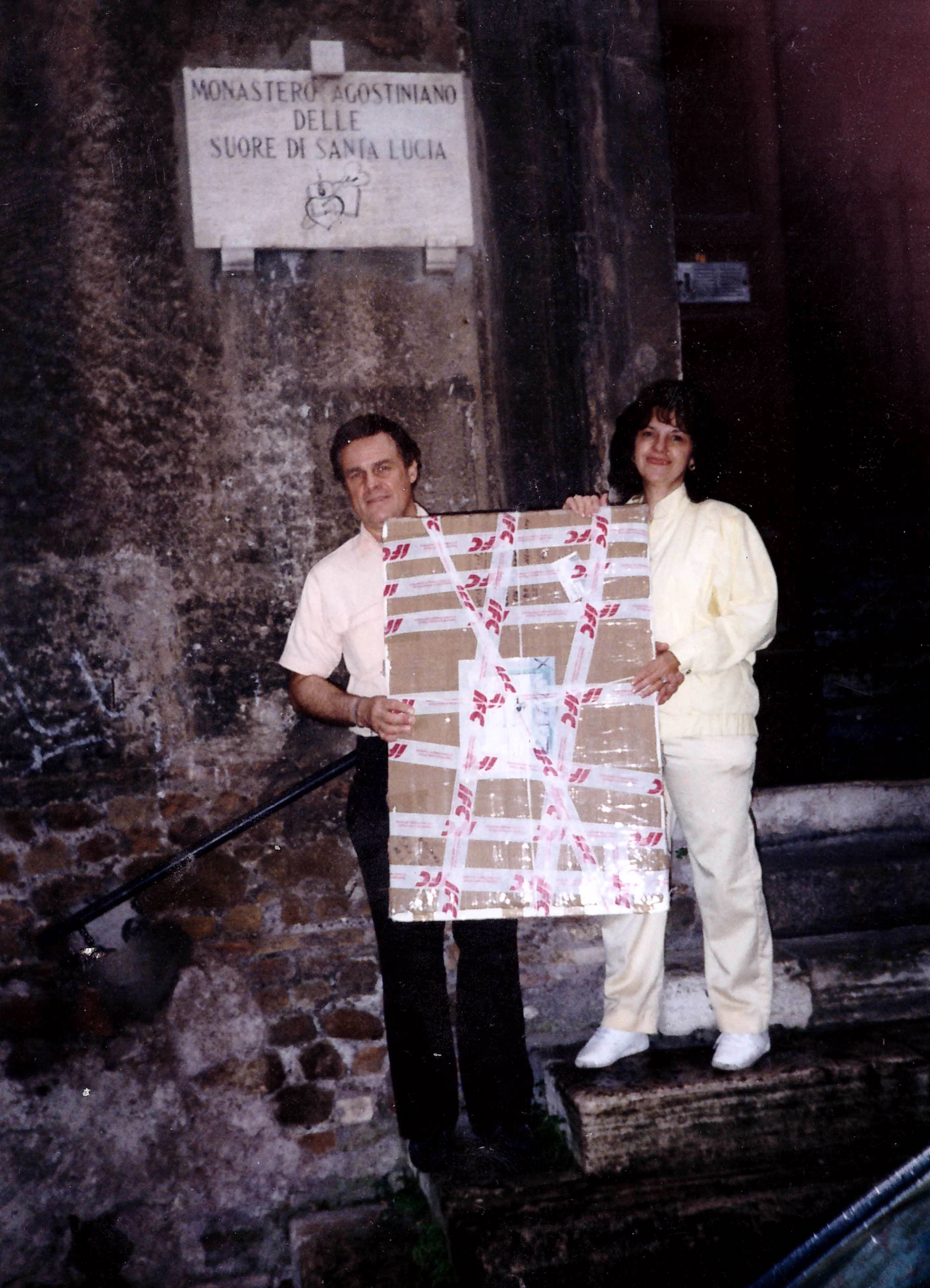 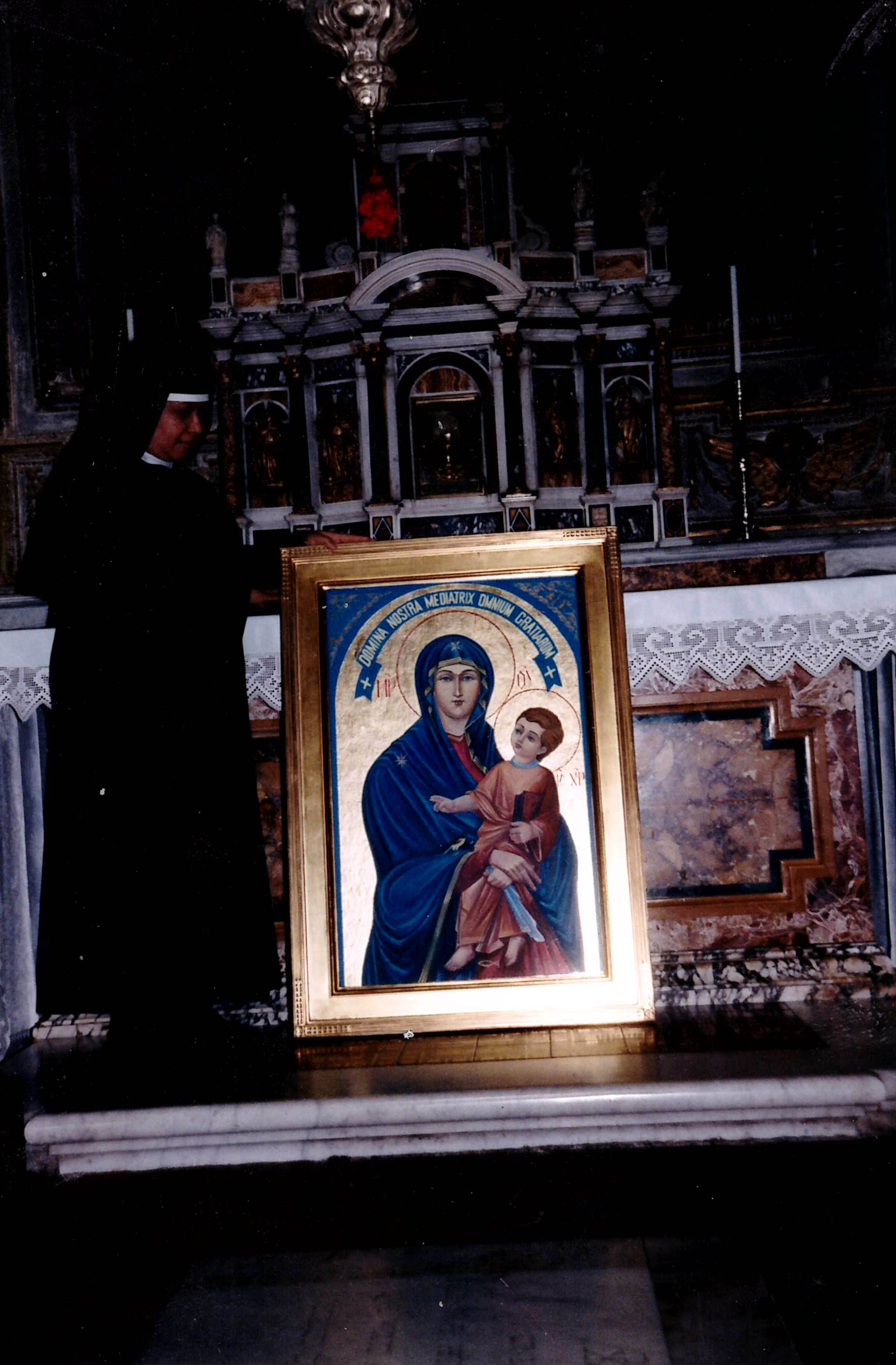 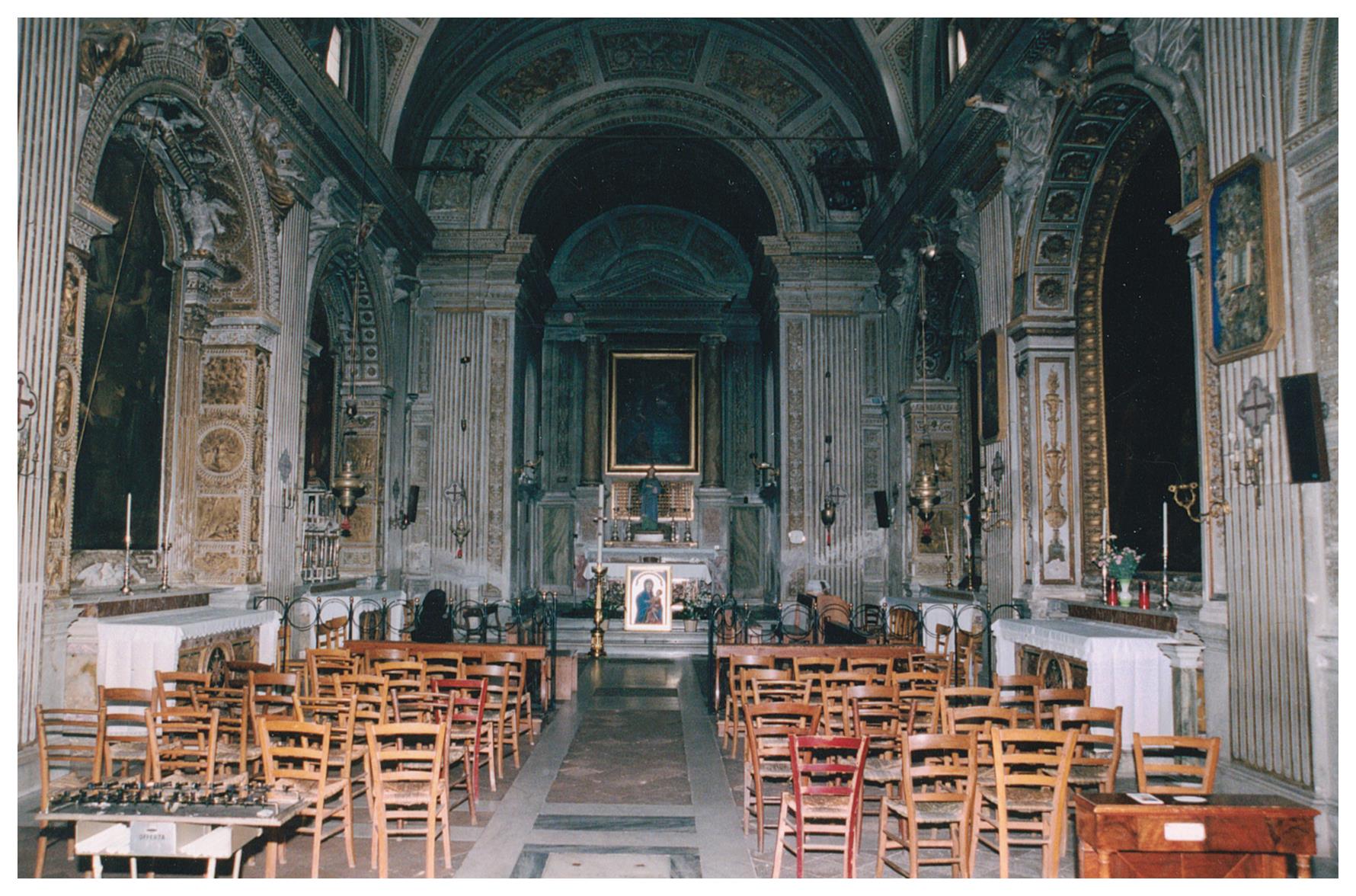 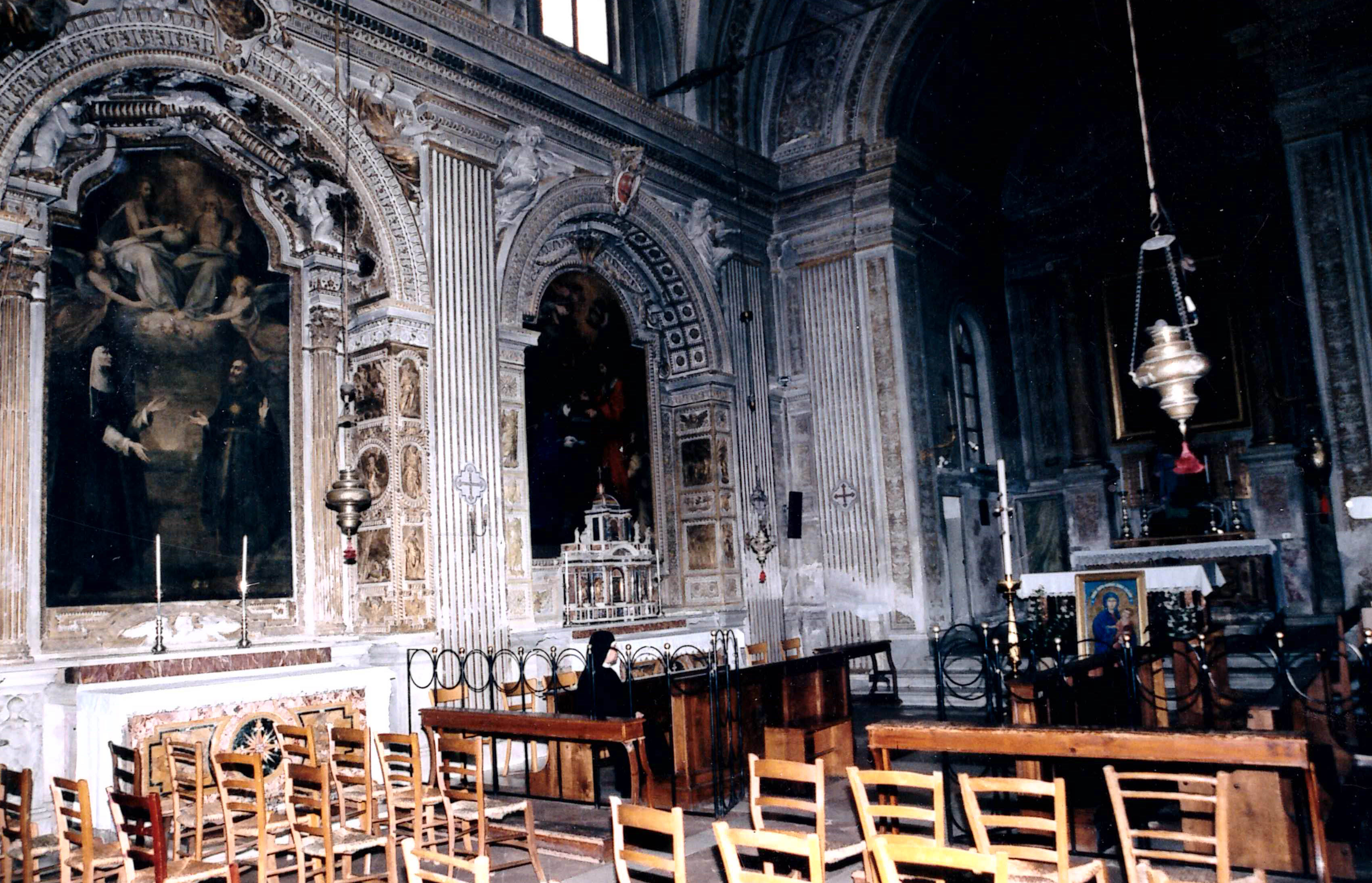 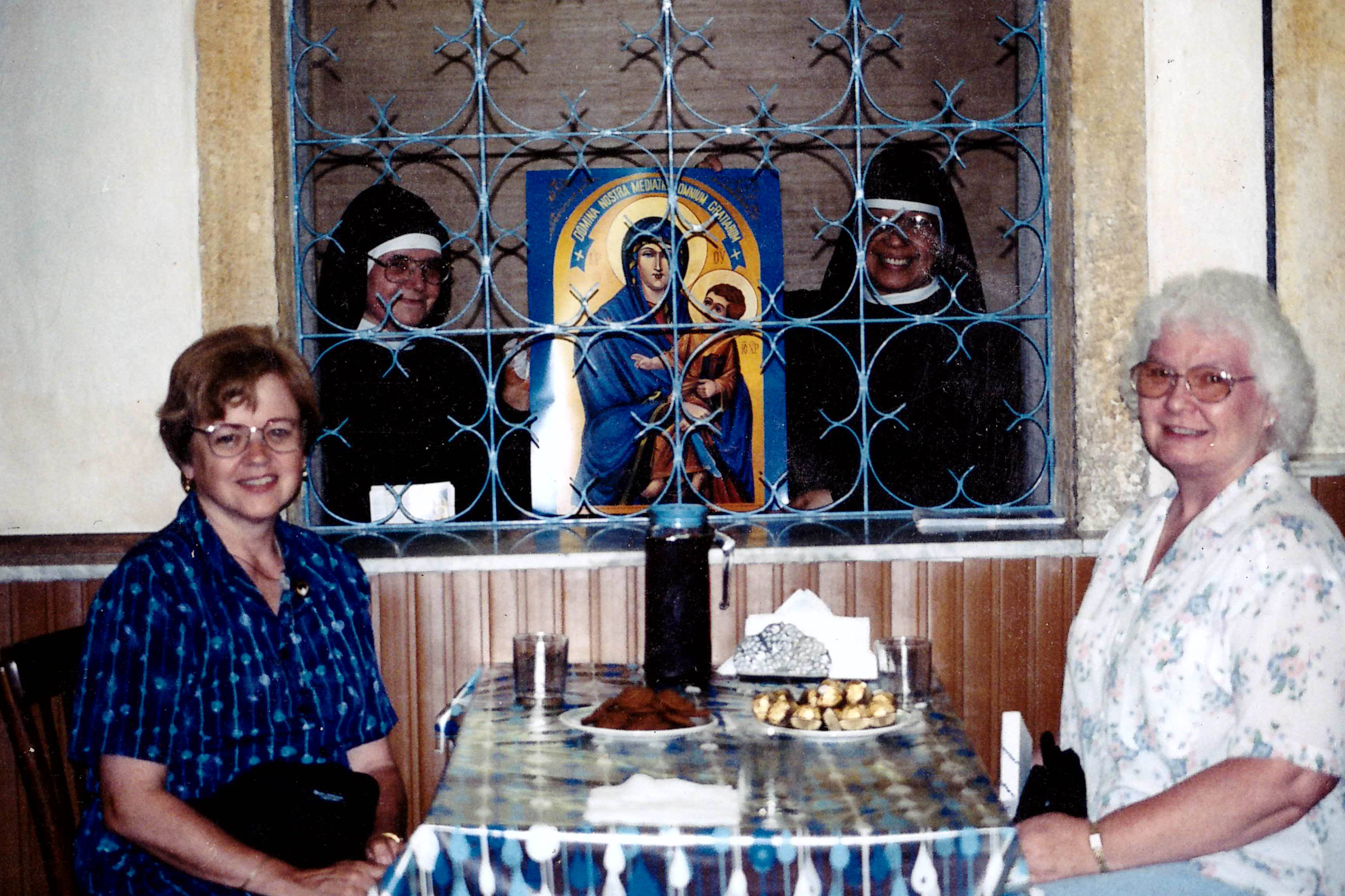 Inside the 5 x 7 inch Votive Candle card that you will receive, the text will state: “A Blessed 10-Day Votive Candle has been lit in front of the 62 Very Sacred, First-Class Relics for all of your Special, Personal Intentions."

Below you can see Sacred First Class Relics of Saint Peter, Saint John, Saint Jude and nine others.

These First-Class Relics of ALL THE TWELVE APOSTOLES are shown here in this very special, reliquary, custom made by the Augustinian Nuns who are in charge of the Depository of Relics in the Lipsanontheca in Rome and given to Francis Slinsky as a special gift to him!: 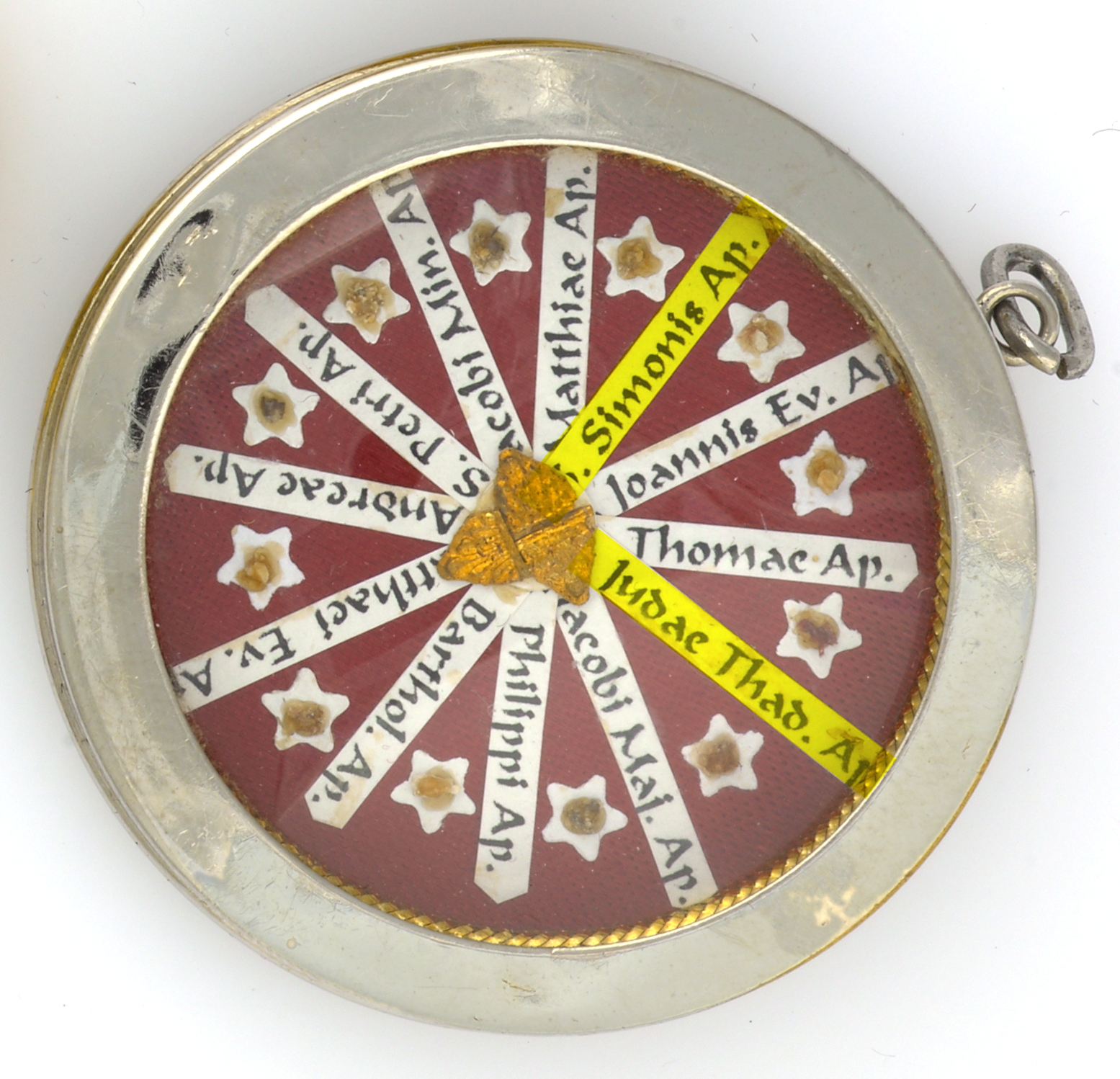 NOTE:  FIRST CLASS RELICS ARE NOT FOR SALE

The beautiful custom-built Marian Prayer Room at Mary's Way to Jesus Apostolate (which is not open to the public) was specifically designed for the purpose of praying to Our Lady Mediatrix of All Graces® and to all the Apostolic Fathers and Doctors of the Church, and to all the Saints for everyone’s petitions.  These unique relics are all very reverently contained there.

Next to the True Cross are pieces of: Jesus’ Crown of Thorns, Jesus’ Scourging Pillar, Rock of the Agony in Gethsemane, the Last Supper Table, the Rock of Calvary, and Jesus’ Holy Crèche Manger. A First-Class Relic of Saint Joseph, the spouse of the Blessed Virgin Mary is next to the White Veil of the Blessed Virgin Mary. Mary’s White Veil is followed by First-Class Relics of Saint Ann and Saint Joachim Mary’s Mother and Father, Saint John the Baptist, Saint Elizabeth Mary’s cousin, all 12 Apostles, Saint Paul the Apostle of the Gentiles, Saint Mary Magdalen, Saint Martha, Saint Lazarus, Saint Dismas the Good Thief, and many more relics.

FIRST CLASS RELICS ARE NOT FOR SALE

THE MOST PRECIOUS ACTUAL WHITE VEIL OF THE BLESSED VIRGIN MARY!

THIS MOST PRECIOUS RELIC’S HISTORY.

In the year 1895, Mystic and Doctor of the Church, Saint Thérèse of Lisieux, “The Little Flower”, wrote: “Beneath thy Veil thy Jesus slept” in Jesus’ Holy Crèche Manger. In 1948, Mystic Maria Valtorta revealed in her detailed work about the life of Christ that “Our Lady placed her veil on newborn Jesus, in The Holy Manger”! In 1820, Mystic, Visionary, and Stigmatist, Blessed Ann Catherine Emmerich revealed that “Mary placed her Veil on Jesus to cover His nakedness when taken down from the Cross”!

After the Crucifixion, the Cross, the 3 Nails, the Title, the Crown of Thorns, and this most precious relic of The Blessed Virgin Mary’s Veil – WITH THE MOST PRECIOUS BLOOD OF JESUS ON IT FROM THE CRUCIFIXION – were hidden in a covered cave in Jerusalem. In the year 326 AD Saint Helena found them, and gave them to her son Emperor Constantine. Mary’s Veil, which is off-white in color, was handed down to members of the Royal Families for the next 550 years. It was eventually given to Charlemagne’s grandson Emperor Charles le Chauve in France who gave Mary’s Veil to the Cathedral of Notre Dame in Chartres, France in the year 876 AD. The Cathedral of Notre Dame was enlarged specifically to keep this magnificent, very sacred relic of Our Lady’s Veil. Many miracles occurred in the special Chapel in Notre Dame and throughout France through Mary’s Veil. It was venerated there for the next 917 years.

In the year 1805, Napoleon Bonaparte was given three precious pieces of Mary’s Veil from the Cathedral of Notre Dame for having taken charge, stabilizing, and saving France at the end of the French Revolution. Emperor Napoleon Bonaparte gave the most precious relic of Mary’s Veil to his mother, Her Imperial Highness Maria Letizia (Romolino) Bonaparte. The Emperor’s Silversmith made a one-of-a-kind beautiful, humble, very special Silver Reliquary to hold this most precious relic of Mary’s Veil (which is now in our Apostolate).

The 12 special features of the handmade Silver Reliquary containing Mary’s Veil are: it has 13 little diamonds in a circle – representing Mary at Pentecost with the 12 Apostles around the 3 pieces of Mary’s Veil – representing the Holy Trinity.   The Veil rests on a sheet of pure gold – representing heaven. In the Reliquary are two, one karat blue sapphire gems under each side of the circle – representing “The Sacred Heart of Jesus” and “The Immaculate Heart of Mary”! It has the Italian words “De Velo BVM” – or “The Veil of the Blessed Virgin Mary”. This all rests on a textured light-blue cloth – representing Mary’s mantle. The Reliquary is made of silver, not gold – representing Mary’s humility!   On the back of this singularly unique, custom made, oval shaped Silver Reliquary (surprisingly, made in the oval shape of the 25 years later 1830 Miraculous Medal) is the hand carved profile of Mary with her inner Tunic and flowing Mantle which covers Mary’s shoulder, neck and head, AND THE FACE OF MARY WHICH IS EXACTLY IDENTICAL TO THE MIRACULOUS ICON® OUR LADY MEDIATRIX OF ALL GRACES ®! All of this on an intricate carved, Veil-like, textured background – again representing Mary’s Veil!

The three precious pieces of the Veil of The Blessed Virgin Mary were handed down for generations to the Royal Family of Italy for 141 years, until the year 1946 when the King of Italy, Victor Emmanuel III abdicated.  King Emmanuel III then gave Mary’s Veil to the Vatican in 1946 which then placed Napoleon Bonaparte’s Reliquary of Mary’s Veil in the Catholic Church’s Depository of Relics in Rome,  St. Lucy of Syracuse Convent. It stayed there for 60 years until the year 2006, when it was “miraculously” donated to the Founder and Director of “Mary’s Way to Jesus Apostolate” in the United States, for the purpose of our very reverently touching this most precious Relic to our religious articles – at no cost – thereby making these religious articles very Precious Third-Class Relics of the White Veil of the Blessed Virgin Mary!

MARY’S TRUE HEAVENLY FACE - ON OUR LADY MEDIATRIX OF ALL GRACES® ICON!

Saint Luke legendarily painted his Icon of Mary, named “Salus Populi Romani” (“Protectress of the Roman People”) when Mary was living – with “Mary’s true Earthly Face” – which is kept and venerated in Saint Mary Major Papal Basilica in Rome! This is the only Icon of Mary in a Papal Basilica. Mystic, master fine art painter, and world renowned Marian Visionary Josyp Terelya (1944-2009) – who saw Mary 7 times, PAINTED THE IMPRINTED, BEATIFIC “HEAVENLY FACE OF MARY” on OUR LADY MEDIATRIX OF ALL GRACES ICON® known as THE MIRACULOUS ICON® using “Mary’s Earthly Face” that Saint Luke painted on his Icon as a further guide!

All of the 13 features in “Mary’s beautiful Heavenly Face” on OUR LADY MEDIATRIX OF ALL GRACES® ICON at Mary’s Way Apostolate are identical to, and are fully corroborated by, the independently written descriptions that were given many years earlier by all six Medjugorje Visionaries.   They each independently, twice gave their written descriptions to their spiritual director who wrote about them in hiswritings and about “Mary’s Heavenly Face”, including the most important feature, that “Mary has a light color brow”!

These six Visionaries had each seen “Mary’s Heavenly Face” hundreds of times for many years! MARY’S “LIGHT COLORED BROW” IS “THE LIGHT COLOR DOVE OF THE HOLY SPIRIT” INDELIBLY AGLOW ON MARY’S BROW IN HEAVEN, and also subtly shown on THE MIRACULOUS ICON® - OUR LADY MEDIATRIX OF ALL GRACES®!   This further shows this Sacred Miraculous Icon® has the alleged “true, real Heavenly Face of Mary” which is repeatedly evidenced on all our Icons, and by all six Visionaries! As written in the Bible: “The angel said to her (Mary) ‘The Holy Spirit will come upon you …’ ” Saint Luke’s Gospel, Chapter 1, Verse 35 – for all in Heaven and for all the Visionaries, and people on earth to continually, subtly see!